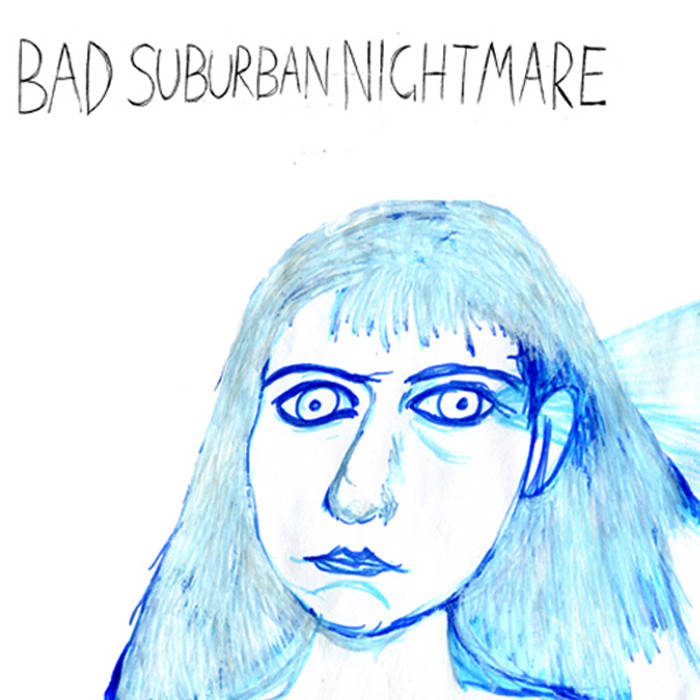 “… BSN is one man and his guitar, [barring a few loose drum hits and the odd plonk of piano] who creates a desolate sound that flits between Ry Cooder, Keiji Heino, Neil Young, Phil Todd, and late era John Fahey. Armed with an electric guitar and the odd pedal or two BSN watches the tumbleweed go by to an accompaniment of whammied strings, lonely notes and harmonic strum. The sparse use of notes and the laid back atmosphere of it all gives the release a supreme sense of desolation. The maudlin vocals on the first and last track which become nothing more than mumbled nothings by the time of the third add further dust to an already windswept release. The longest track on here is the one that gets the Ry Cooder comparisons, ‘Rollerskate Highway’ is pure sun bleached lizard territory and not far from Ry Cooder’s Paris Texas soundtrack only with more distortion and added eeriness. ‘Thee Angels + Th Dark’ is where the Heino comparisons come in, lots of wailing upper neck frot and chin back angst. Its to the bookends of this release where it really sinks its hooks though. In a voice that makes Bob Dylan sound like choir boy BSN sings/moans/wails about death and dead bodies and the fit is perfect.

I don’t normally go in for introspective guitar noodling but this works. I found myself being strangely hypnotized by it all…

“If we knew more about him, then the debut album of Bad Suburban Nightmare might be considered a classic example of outsider art, in the sense of raw creativity emanating from a self-taught artist unfiltered through any conscious awareness of official culture and its conventions. The cover art and handwritten typography – and spelling, e.g., ”Thee Angels and Th Dark” – enhance the outsider, loner impression, as does the sole “thank you” at in the liner notes, to a pizza joint.

His web presence reveal a young, round-faced guy with a heavy five o´clock shadow, who might be named Dan and who resides in London. His debut album, and many extended tracks posted online, see him clawing harshly at his electric guitar, notes left to hang and rust in the air. He sings a line or two, badly but obviously from somewhere down deep, often reiterating the same sentence, at artfully random intervals.

But it is in this harsh echo the art lies, the one that comes right after the hand hits the strings. Highways is directly communicative and very honest. Each track is linked in a kind of cycle, and ”Rollerskate Highway”, at sixteen minutes, is the collection´s epic poem.”

“BAD SUBURBAN NIGHTMARE – HIGHWAYS 2 (CDR by Must Die Records)
“The lone cowboy in the world” is what Bad Suburban Nightmare calls himself, and also ‘heavily influenced by the drone genre’. One man, one voice, one guitar. I’d say he’s a singer songwriter in the best blues tradition. Five pieces of total desolation. Sometimes with the distortion full open as in ‘Thee Angels + Th Dark’ (totally instrumental), or with just some reverb on the overlong ‘Rolleskate Highway’. Its not entirely my cup of tea this music and at times I thought this was all a bit too long, but then perhaps I don’t feel the same kind of pain as Bad Suburban Nightmare does, I guess. I liked the two instrumental tracks over the three with vocals, and it has less to with drone indeed than blues music, of the experimental variety that is. (FdW)”